MYTH: The reason humanities majors have low unemployment is because they’re desperate for work and will take anything they can get.

REALITY: Economists have ways of measuring this phenomenon, which they call “underemployment,” or having a job in which you’re employed less than full-time or in which you’re not really using your skills and education.

English majors (45%) and foreign language majors (43%) have a lower probability of being underemployed in their first job out of college than those who majored in biology (51%), psychology (54%), or business (47%).

Five years beyond the first job, the underemployment probability for English majors plummets to 29% (27% for languages), which remains lower than the above majors, similar to the probability for the aggregated social (28%) and physical (27%) sciences. 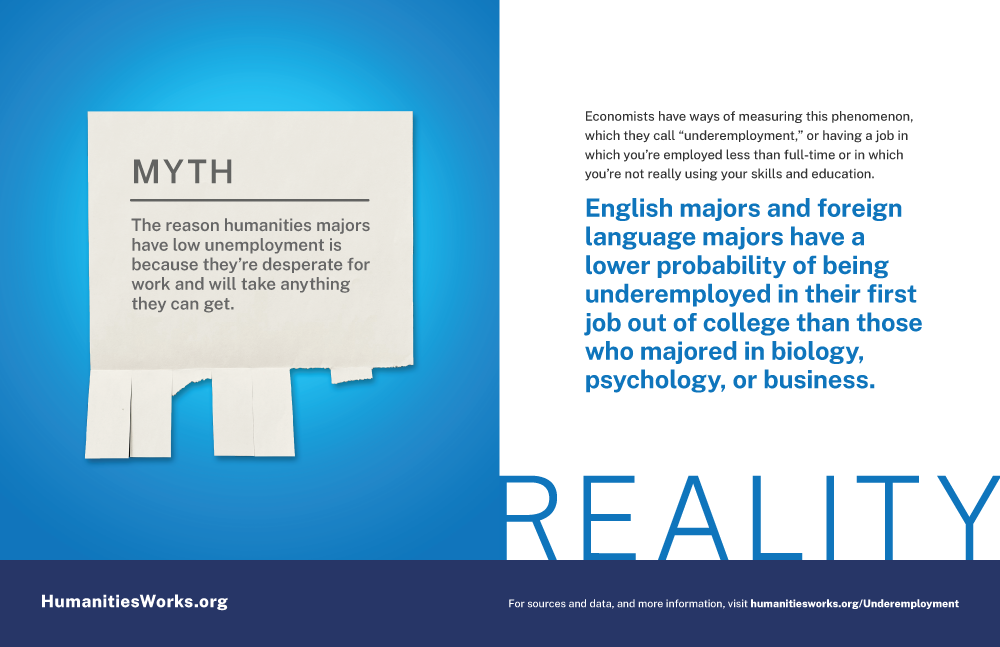 “The Permanent Detour: Underemployment’s Long-Term Effects on the Careers of College Grads.” Burning Glass Technologies and Strada Institute, May 2018, burning-glass.com/wp-content/uploads/permanent_detour_underemployment_report.pdf 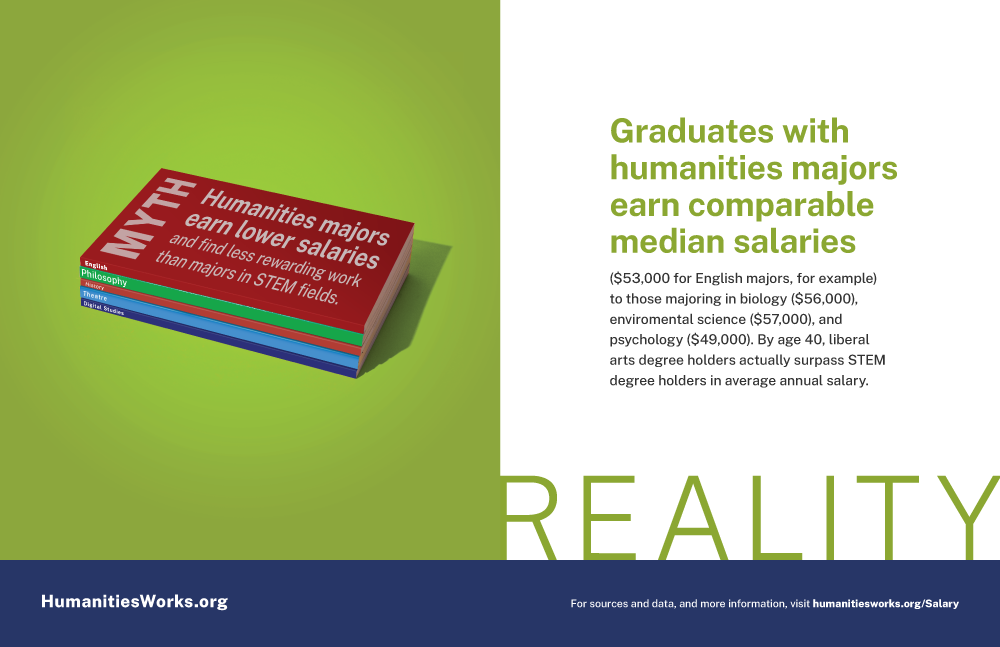 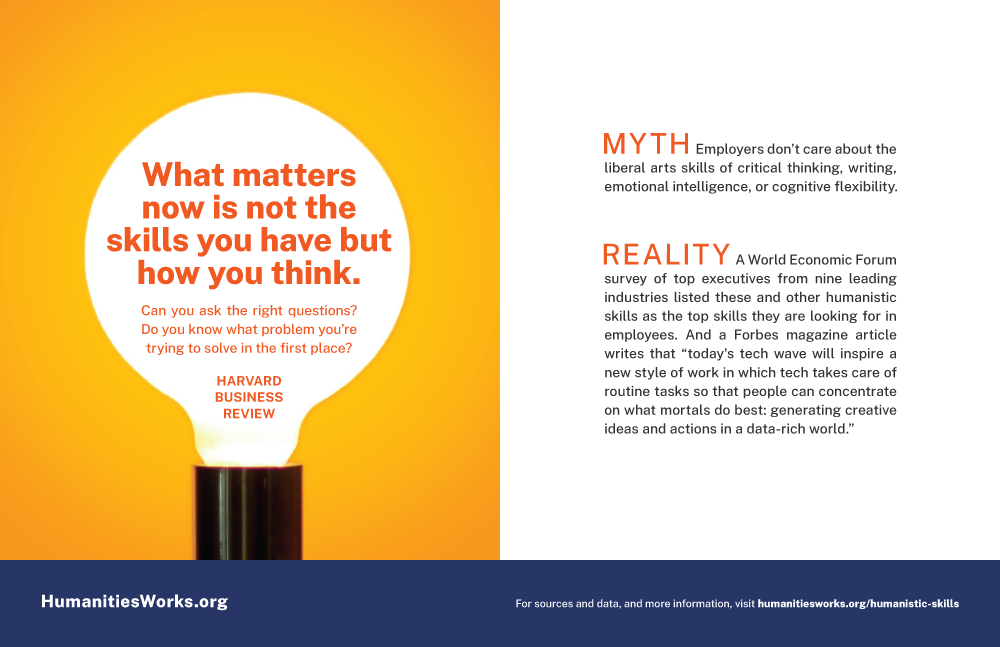 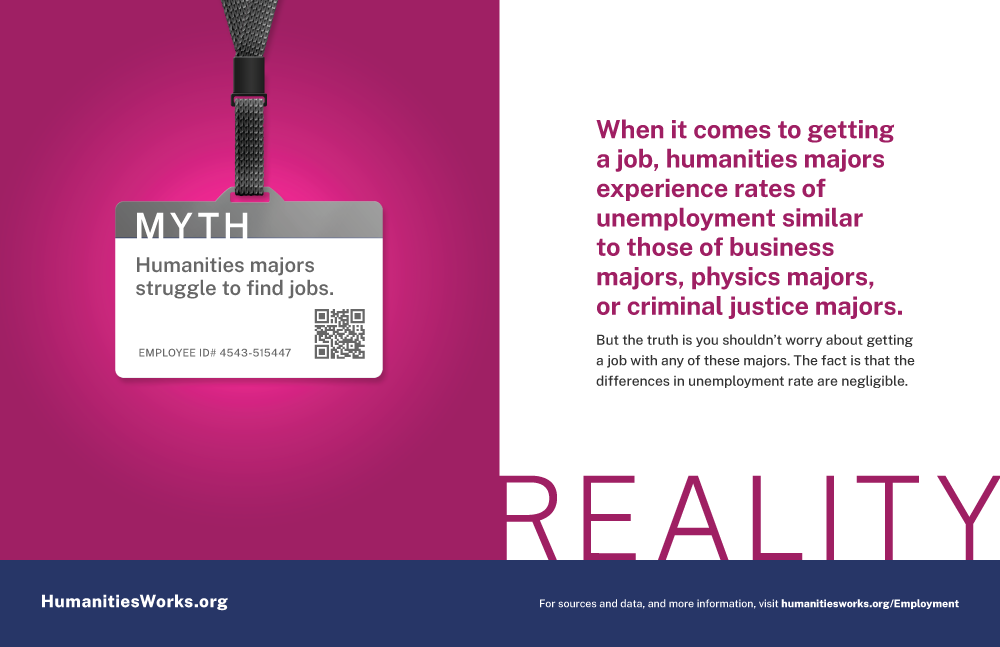 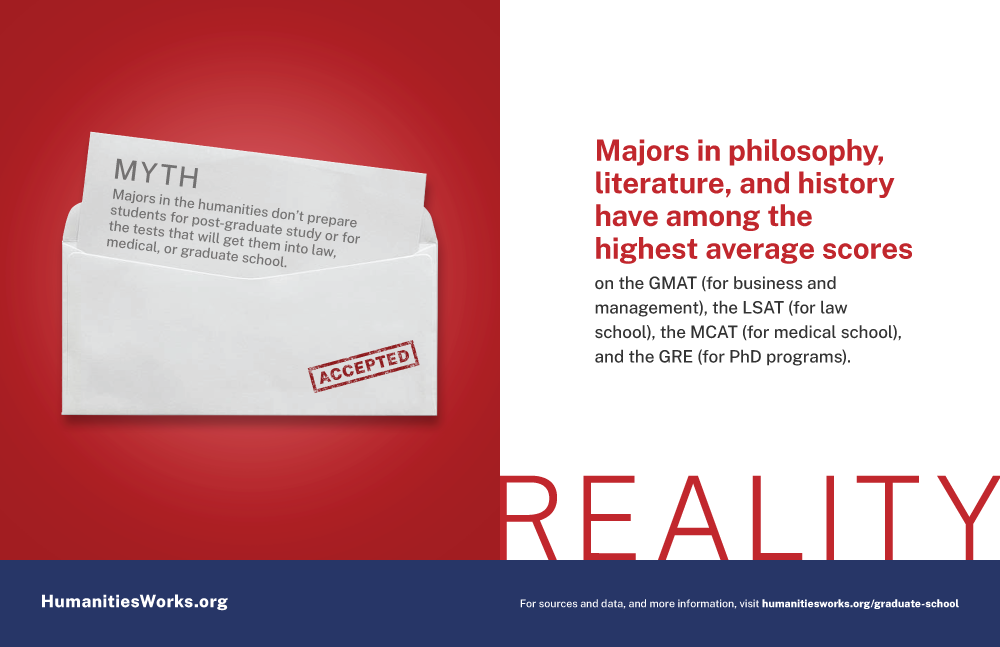 Humanities Works is a project by Aaron Hanlon, Eric Hayot, and Anna Kornbluh.